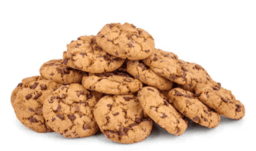 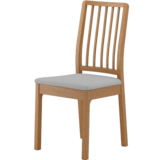 The profile picture that people joining the Chair of Republic would change to.

Originally, I had changed my profile picture to a chair, as a joke. It was meant to be temporary and last a week. However, I noticed that two or three people had also changed their icon, so I thus decided to create a studio for those who did so. The name "Chair of Republic" is intentionally spelled this way.

After the project "the chair god" by user DANISON was shared, and the creation of ads for the studio, the chair icon which was originally supposed to last one week ended up becoming a trend - which has been growing ever since its creation. For more details, see the timeline.

"Join us, we have cookies" was a catchphrase that was adopted soon after a manager had chanegd the title to that, and it catch on really quickly among the other managers. The first mention of cookies can be found here.

About a week after the creation of the Chair of Republic[2], some scratchers created an "AntiChairClan", a movement / group of people supposedly "against" chairs icons[3] most probably not in a serious intent[4].

A few months later, again, some users created a similar movement, but this time by organizing "chair burning festivals" or "chair lighting festivals" - a virtual / imaginary festival where one would "burn" chairs.

AntiChairClan Revived was a studio that supposedly imitated the original ACC. It was quicly dramatised which lead to events such as the closing of comments for a week to avoid further gossip about scratchers. As such evenments and measures were taken, some Notable Chairs found it to go "too far"[6][7]. It lasted from late June until mid July 2019. It was found that the movment began from a disagreement in the rules; a solution was attempted to be found and a truce was made later on.

There have been various small groups of scratcher creating groups supposedly against the studio, but most of us ignored them if possible.[8].

Ever since the ACCR incident, the studio has been known for being a "peaceful" studio and members insist on not starting any form of disagreement to prevent such event to happen again.

Question of The Week

The QOTW (Question of The Week) is a fun weekly open question relating to cookies, chairs, or ikea. The program started on July 28th, 2019. There has been nearly 30 QOTWs since its creation. The questions are all suggested by the community in the Extra studio, usually all by different people. The first QOTW that has ever been suggested aside of the first one was by user @LegoManiac04 (who is also the only user with 3 QOTWs!). Here are some examples of QOTWs:

During the 2019 AFs, the AntiChairClan roleplay studio was still relevant; as such, a manager of the CoR, previous principal leader of the ACC changed the thumbnail, title, and descrption, to those of the ACC.

The thumbnail of a celebration studio

Since the beginning of Winter 2019-2020, lots of excitement has been gathered around the Chair of Republic's anniversary. For instance, a countdown has been created thanks to user @smileycreations15 (counting down the days since November 8th 2019!). Various polls, contests[9], and propositions of celebrations have emerged throughout December 2019 and January 2020, as well as throughout the whole anniversary month of the studio.

Many celebrations and events were organised to mark the first anniversary:

The thumbnail of Chair of Republic during 2020 AFs.

During the 2020 AFs, the CoR was turned into Table of Monarchy. All instances of chairs were turned to tables in the description of both the main one and Chair of Republic Extra, which became Table of Monarchy Extra. The thumbnails were also changed, and so was the forum banner.

Trends within the CoR

This caused confusion among people who recently joined, but people quickly adapted to it.

Cookies have been a remarkable trend since the first week of the creation of the studio, as it also remains in our motto "join us, we have cookies". The thumbail and banners of the Chair of Republic are almost always represented with cookies in it, and sometimes our catchphrase. The cookie trend has always existed, and is now a symbol that represents the CoR.

Story Tiem is an old trend originally started by user @acooperw2018 around the summer, which consists of starting a plot, and then letting every other user complete the plot and make a story from all of the other elements given by other partakers of the challenge. The trend has somewhat died throughout the fall, but there was a recent resurgence in that trend again around January 2020. A Story Tiem event through remixing was organised in honor of the CoR's birthday, which also boosted its popularity.

In late February 2020, replacing each vowel with the letter Q became a trend that lasted shortly, which got popularised quickly but started and died in the same day. As such, a studio dedicated to the letter Q has been created and can still be found here. It is however inactive as of April 2020.

In the early days, scratchers were usually only invited if they had a chair profile picture. However, more and more exceptions were made over time, to the point where there was no rule.

We no longer require anything!

Unlike curators, you can't ask to be promoted. You must have been part of the studio for a while, and have been active or generally regularly visited it. Most people are promoted to manager if they have been active for a month or two. Thus, manager promotions don't occur very often.

Since February 22nd 2018, there are 9 Notable Chairs, who are, from oldest to newest:

For the same reason as the manager restriction above, this also applies to NCs; with a limit of 10.

To see this page in Turkish, see tw:User:HighFlyer222/Sandalye_Cumhuriyeti