(Redirected from The Stage) 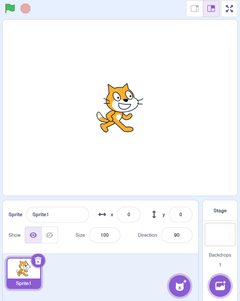 An image of the stage with a sprite on it (the Scratch Cat). The stage is found on the right in Scratch 3.0.
The stage is the background of the project, but can have scripts, backdrops (costumes), and sounds, similar to a sprite. It is 480 pixels wide and 360 pixels tall.

All sprites have a particular position on the stage. However, no sprites can move behind the stage — the stage is always at the back layer. 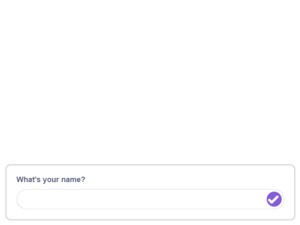 The stage asking a question.

There are many differences between the stage and sprites. These include the following:

The stage can be 3 different sizes:

The stage is half the size with a resolution of 240×180 pixels; this is useful for having more room in the scripts area.
Full-screen mode
Main article: Full Screen

The stage was introduced in Scratch 0.2.[1] Originally it was listed along with the sprites in the sprite corral and called the "Background".[2][3]