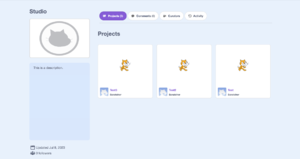 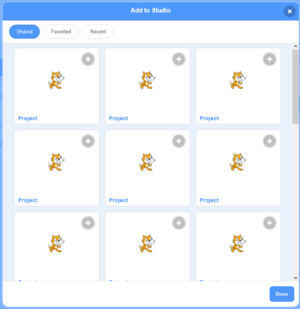 On July 6, 2021, there was an update to Scratch studios. The most obvious change was the 3.0 design. The update caused lots of controversy for many Scratchers.[1][2]

Since the changes had to be fast-tracked, not all intended features were included in the original launch of the updated studios and some features were added at a later time.[citation needed]

On September 14, 2021, the ability to change the host of a studio was added,[4] and can be changed using these instructions.

The Scratch Team said that since studios were getting too unsustainable for the website, they were not going to switch back most of the new updates.[10] However, they later explained that the studio update was part of a larger bundle of moderation-related changes, which were meant to be pushed out at the same time; but that the COVID-19 pandemic forced them to fast-track the studio update before the rest of the changes were ready.[11]

Retrieved from "https://en.scratch-wiki.info/w/index.php?title=Studio_Update_(July_6,_2021)&oldid=307925"
Cookies help us deliver our services. By using our services, you agree to our use of cookies.
Category:
The Wiki is working on a dark theme, and you're seeing it! Got feedback? Post on the Wiki Forum Topic.