In May 2007, Scratch began a whole new exciting generation of programming. Scratch caused a spark of many other languages to form. Prior to 2007, almost every single programming language was completely text-based and required syntax, which is still how most languages are today, but kids had no way to rightfully learn the complexity or become interested. Scratch was new and innovative because it was aimed at a younger audience who would finally gain a taste of computer science. Since its release and popularity build-up, Scratch has had an influence on millions of individuals and drastically changed many people's lives for the better.

Over seven years after the release of Scratch 1.0, many young people have become interested in coding and many new languages have formed influenced directly by Scratch. The following image below shows some of the various languages branching off of Scratch: 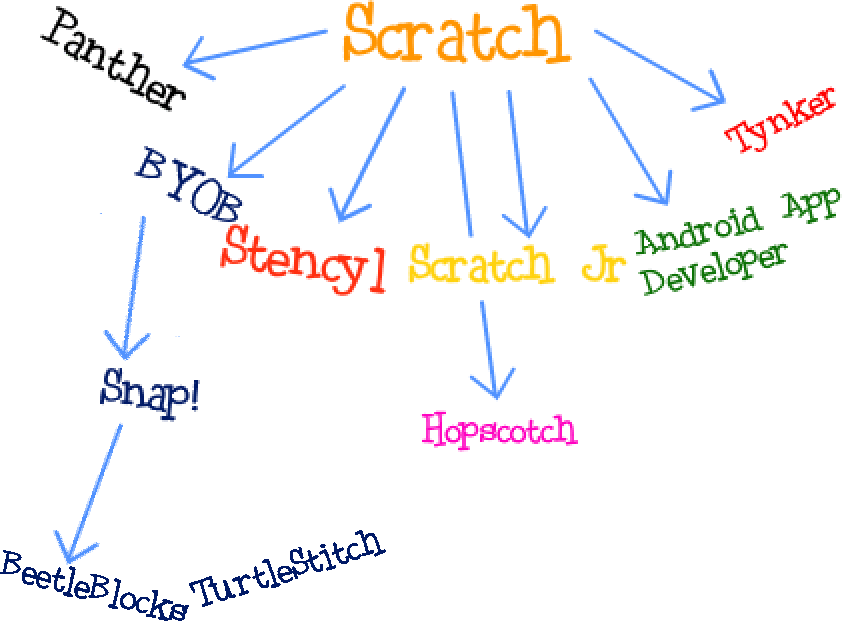 Scratch has inspired over four million young kids around the world to learn the concepts of programming. Many of the Scratch users took those concepts further and pursued or are still in the process of becoming a professional programmer.

Retrieved from "https://en.scratch-wiki.info/w/index.php?title=Scratch_Wiki:Interview&oldid=282006"
Cookies help us deliver our services. By using our services, you agree to our use of cookies.
Category: