This page lists the versions of Scratch. The current version is Scratch 3.0. 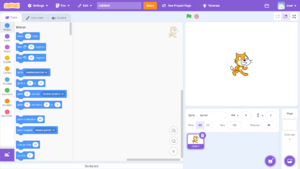 Released on May 15, 2007, this was the first version of Scratch available to the public. This version began the 1.x series.

New features: Although it had been in private development for a long while, everything was new to the public. Changes from the previous beta include: 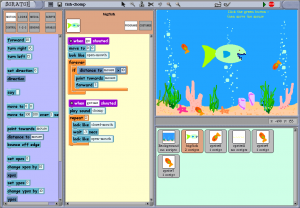 An early version of Scratch from 2004.

The development of Scratch 1.0 spanned from 2003 to 2007 and included several different interfaces and experiments with different blocks and features. It spanned several versions, from Scratch 14Feb04 to the November 2006 beta for educators.

Retrieved from "https://en.scratch-wiki.info/w/index.php?title=Scratch_Versions&oldid=307501"
Cookies help us deliver our services. By using our services, you agree to our use of cookies.
Categories:
Hidden category:
The Wiki is working on a dark theme, and you're seeing it! Got feedback? Post on the Wiki Forum Topic.