First, shift-click the R, and click on the white area around the edge of the screen, the World Menu will appear. Then, click on New Morph: 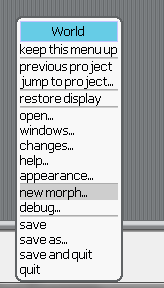 This time, the "Add a new morph" menu will appear, with a list of options. Move the mouse over to "movies," the seventh option down on the list, and another option will appear. It should say 'MoviePlayerMorph'. Clicking this will make it appear on the screen. 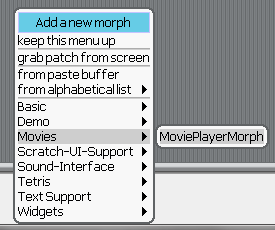 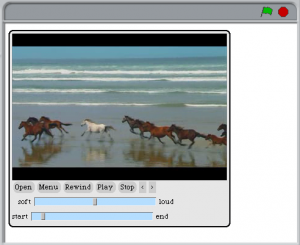 Retrieved from "https://en.scratch-wiki.info/w/index.php?title=ScratchMoviePlayerMorph&oldid=294996"
Cookies help us deliver our services. By using our services, you agree to our use of cookies.
Categories:
The Wiki is working on a dark theme, and you're seeing it! Got feedback? Post on the Wiki Forum Topic.