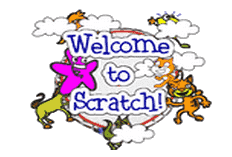 The Scratch Welcoming Committee (commonly abbreviated SWC) is a program that was created to help welcome New Scratchers to the website, and help them out with any questions they might have. Scratchers can become members of the committee by creating a welcoming project and submitting it for review to the Welcoming Committee project submissions studio.

The Welcoming Committee was created in August 2012.[1] The intention was to show New Scratchers a "connect" link on their My Stuff page. This led to a random "Welcome to Scratch" project.

Members of the Welcoming Committee are expected to help, greet, and answer questions that new members might have in their welcoming projects' comments, they can also help, welcome, and answer new users' questions in the Welcoming Committee studio's comments. Users don't have to be members of the studio to help out in the comments, though. Anybody can answer comments in the studio voluntarily. 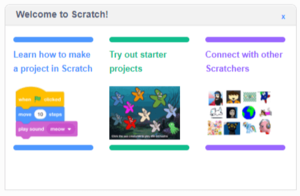 The three links on the front page

When a user registers, they will see three links the Front Page in their "What's Happening" section. The first link goes to the project editor with some tips on the side on getting started in the program. The second link goes to the starter projects made by the Scratch Team. The last link, "Connect with Other Scratchers", links to the Welcoming Committee studio. This is shown until the user clicks the "X" button in the corner.

When the studio was first introduced in Scratch 1.4, the links were displayed on a user's My Stuff page, and were only present for users with odd ID numbers.[2]

Main article: How to Join the Welcoming Committee

When a Scratcher submits a project, the Welcoming Committee curators review their project. If it meets the requirements, they will add it to the studio.

The Welcoming Committee has a private forum that only SWC Curators and Scratch Team members can access. This forum is pictured below.

The Welcoming Committee Curators use this forum for many necessary tasks that include:

Welcoming Committee reviewers do not have access to this forum.[4]

On 13th November 2017, a new studio was created called Project Submissions - Welcoming Committee. This announcement was also posted in the announcement forum. This studio was designed to make the review process more organized. All welcoming committee curators and reviewers would manage this studio. This is so they could remove projects they did not add.

Each individual curator and reviewer typically have their own reviewing studio as well. This helps keep the reviewing process organized and allows them to see which projects they are currently reviewing.

The Reviewing Studio is no longer used as part of the reviewing process, as of August 5th. [5] 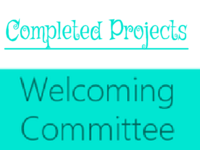 This studio was set up to allow members of the Project Reviewing Team to add projects that they have successfully reviewed into one consolidated location, thereby reducing the possibility of projects getting lost in the comments on curator's profiles. Projects are removed from this studio by curators once they have been added to the main Welcoming Committee studio.

Retrieved from "https://en.scratch-wiki.info/w/index.php?title=Welcoming_Committee&oldid=320170"
Cookies help us deliver our services. By using our services, you agree to our use of cookies.
Categories:
The Wiki is working on a dark theme, and you're seeing it! Got feedback? Post on the Wiki Forum Topic.