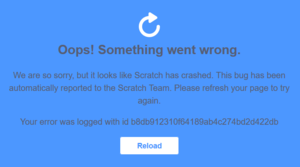 The crash screen in Scratch 3.0 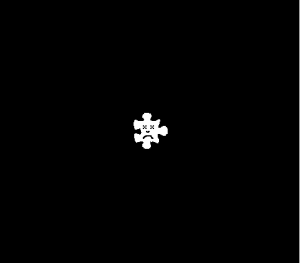 What a crashed Adobe Flash Player in Scratch 2.0 looks like on Chrome. 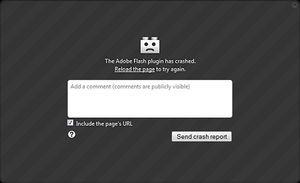 A screen which pulls up when the Adobe Flash Player crashes on Firefox in 2.0. (Obsolete as of Firefox Quantum, as Flash is no longer supported)

There are several methods to make Scratch crash. 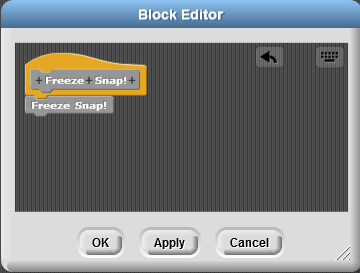