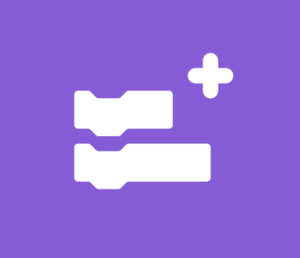 ScratchX was a gallery of experimental extensions that one could try out on the ScratchX website. The website could be found here. There were multiple Scratch extensions on ScratchX. It was discontinued in Scratch 3.0, due to the extensions being supported in the main Scratch editor, but it remained available to use here until the discontinuation of Flash.

Retrieved from "https://en.scratch-wiki.info/w/index.php?title=Extension&oldid=315794"
Cookies help us deliver our services. By using our services, you agree to our use of cookies.
Categories:
Hidden category:
The Wiki is working on a dark theme, and you're seeing it! Got feedback? Post on the Wiki Forum Topic.