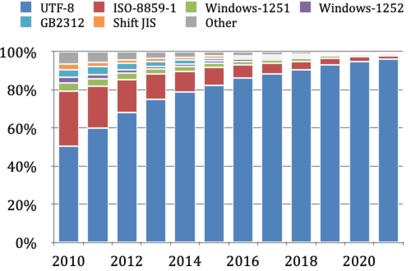 Computers use encoding sets to represent characters. Since computers only understand binary code, characters are identified by certain binary sequences. There are many variations and standards across the world that have changed throughout history.[2]

Letters are characters from an alphabet. In English, they consist of lowercase and uppercase characters ranging from the letters "A" to "Z". Combining letters can create words, and combining words can create sentences. "Character" is simply a more universal world that encompasses letters as well as other symbols.

Computers have a wide range of recognizable symbols. Some are present on standard keyboards while others may need to be inputted via software rather than a hardware device. An example of a symbol is the common pound sign: "#". The pound sign is also known as a "hash tag" on social media websites and is arguably the most common symbol used. The "&" symbol is also common and represents the word "and" with one character. 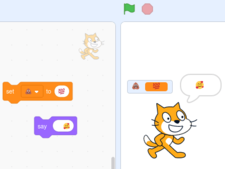 Emojis are small images and "smileys" that are a part of the Unicode Technical Standard[3] that is implemented by most computers, phones, and similar devices. They are recognized computer characters and can even be used in project names and projects themselves (as of Scratch 3.0). Emojis have surged in popularity in the last decade due to their fun and visual nature and easy accessibility on cell phones. To input an emoji into a project, there are various methods: 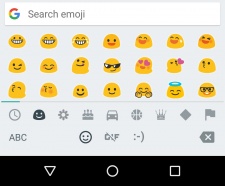 In Windows 10, the default on-screen keyboard does not support emojis. However, there is a second on-screen keyboard called the "Touch Keyboard" that has emoji support. The Touch Keyboard can be used even without a touch screen; it has support for a traditional computer mouse. To enable it, right-click the task bar and select the "Show touch keyboard button". From there, the Touch Keyboard icon will appear on the right side of the taskbar. On the virtual keyboard, the "smiley" button displays the emoji options. Another method is to press the Windows logo key and the period key to bring up an assortment of emojis and kaomojis. 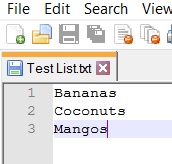 A computer does not recognize characters like a human. A human sees a frowning emoji and interprets it as sadness. A human sees numbers and associates mathematics with them. A computer is merely a machine that represents characters with standardized formats known as encoding.[5] Basically, characters are all assigned code values. Usually the code values are organized for the programmer's ease. For instance, the letters' codes will be in order alphabetically. Numbers, likewise, will be in a simple order. 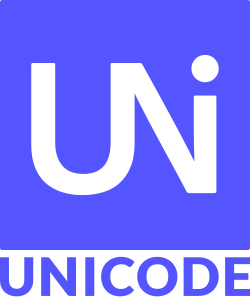 Retrieved from "https://en.scratch-wiki.info/w/index.php?title=Character_(computing)&oldid=288697"
Cookies help us deliver our services. By using our services, you agree to our use of cookies.
Categories:
The Wiki is working on a dark theme, and you're seeing it! Got feedback? Post on the Wiki Forum Topic.