Libraries are sections in project editors where the user can select an example sprite or background. In Scratch 1.4, some sprites included in the library had premade scripts. Libraries are useful for those who either cannot create or do not have media to upload. 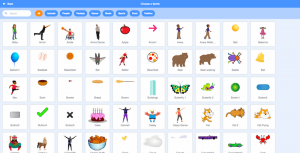 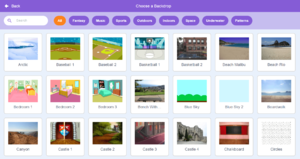 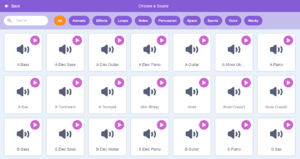 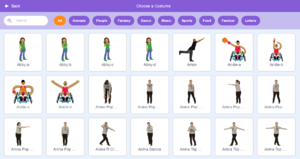 The Costumes Library has the same features as the Sprites Library, except that each costume in a sprite is sorted individually and not grouped in a single sprite. There are 835 costumes in the library. It is sorted in the same categories as the sprite library. 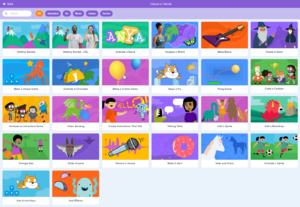 In Scratch 3.0, the tab for tutorials was moved to a new library called the Tutorial Library. It is linked from a button at the top bar with a lightbulb. There are a total of 25 tutorials there, which if clicked, returns to the project editor and opens a Project Tutorial with a video that shows the tutorial. Pressing the arrow takes one to a step-by-step instructions area, with a "More Things to Try" at the end.