A variable is a changeable value recorded in Scratch's memory. Variables can only hold one value at a time, unlike lists. These values can be either numbers or strings — any text. Clicking on an isolated variable in the scripts area displays a small bubble reporting the value of the variable. Unlike many other programming languages, variables must be created prior to when the project actually runs. This only results in a small amount of RAM being used to store the value for use when the project actually runs. 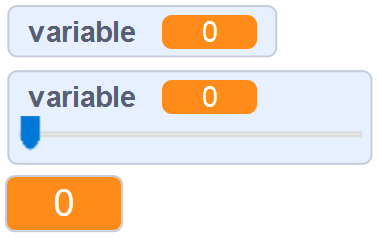 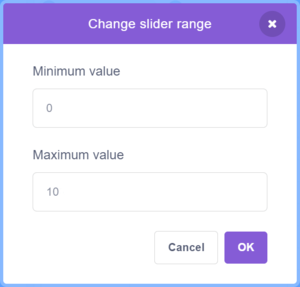 The checkbox to show/hide a variable in 2.0.

Variables are used whenever a value must be stored — i.e., if a project required the user to input a name and then remember that name, the name would be stored in a variable. With this, the name can be retrieved at any time; all the project has to do is check the value (which is the name).

Retrieved from "https://en.scratch-wiki.info/w/index.php?title=Variable&oldid=246787"
Cookies help us deliver our services. By using our services, you agree to our use of cookies.
Categories: