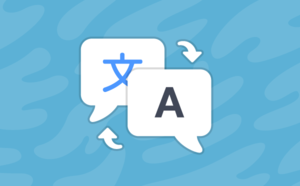 The Translate Extension is an extension that allows users to translate words between languages using Google Translate. This extension has two blocks, both of which are Reporter Blocks.

These are the languages currently available:

Retrieved from "https://en.scratch-wiki.info/w/index.php?title=Translate_Extension&oldid=289038"
Cookies help us deliver our services. By using our services, you agree to our use of cookies.
Categories: