An image of the timer on the project display.

The Timer is a tool in Scratch that will record how much time has passed sine the last time a project was opened or the timer was reset. 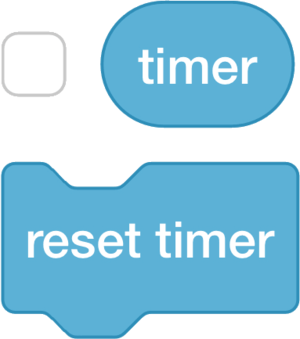 The two blocks related to the timer.

The timer is associated with two blocks, both found in the Sensing category:

The timer works in the following ways:

The timer is commonly used in projects that require a clock of some sort, such as racing projects (some users prefer a Variable, however). Other uses include: