The Scratch Team is a group of evil fluffy kittehs that are in charge of the Scratch Website. They are controlled by the evil Fire Goddess Flematrana, the queen of Flame Wars. Their stated goal is to keep improving Scratch and keep the website safe, but everybody knows that their real intent is to take over the world (see the "Functions" section below). They hate creatures they chomp up their property and favorite items especially Pac-Man. 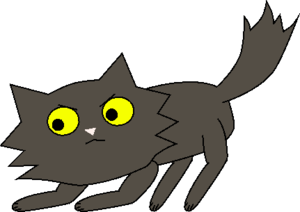 This section of the page was burnt down during a Flame War.

Some people have complained about the lack of diversity in the Scratch Team because they currently are all kittehs, apart from Harakou, who is a pony. There have been suggestions to add bunnehs and evil kumquats, but the people who suggested those were hit by the banhammer.