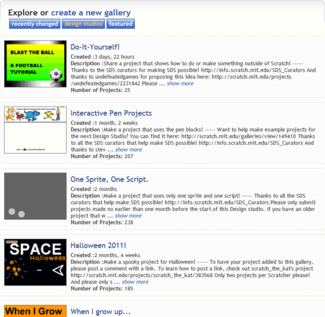 The list of Scratch Design Studio studios in Scratch 1.4

The current SDS theme is:

Remix a Starter Project (Remix one of the starter projects and make it your own!)

They are as follows, from oldest to newest: