The Scratch community is a community of Scratchers who use Scratch. It is an opportunity to communicate, work, and interact with others on Scratch. Created with a small number of members in 2007, the community has since grown immensely, comprising over 51 million registered users and continuing to grow. 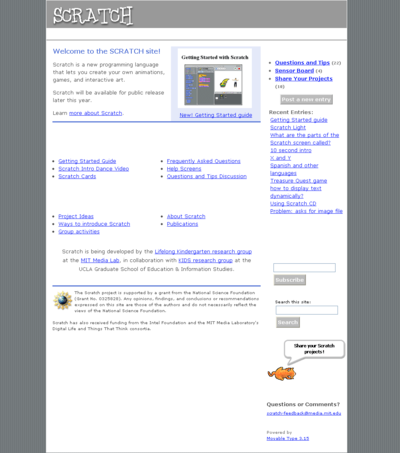 The Scratch Community began in 2007 when Scratch 1.0 was released. It was a very small group of users who created projects and shared them on the Scratch Website. The community slowly grew, and by 2013, it had reached 3 million projects.

There are many users, often having a high number of followers, whose projects are often featured on the front page, as well as many users who often comment on many front-page projects. These users tend to band together to form a community. The front page is not an exclusive community, but thousands of people from all over the world view the projects on it. Whenever many people come together for a common purpose, they form a community, or in this case a branch of a community.

The forums are used by a small portion of Scratch users, but those users often become familiar with each other and stick with the forums. Communities on the forums are often formed by users with high post counts who frequent the forums often. The forums are used for large discussions among Scratchers, on related-to-Scratch topics and others. Though small, the forum community has only thrived throughout the years.

The Scratch Wiki is a community of its own. It consists mainly of a number of users who make frequent edits to pages and debate on issues diligently. This community maintains what may be the most reliable resource library on Scratch.