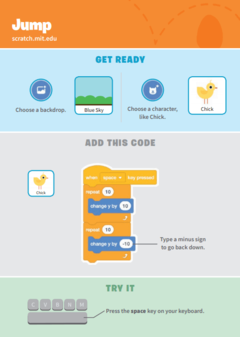 Because of their portability and simplicity, Scratch Cards are ideal to be used when Scratchers first start learning Scratch, and are great for Scratch clubs and classes. 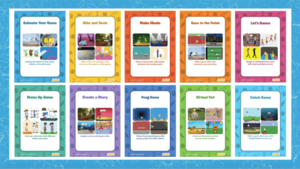 At the 2016 Scratch Conference, the Scratch Team announced plans to release 10 new packs of activity cards, totaling 75 cards in all. The activity packs are focused on certain interests, which includes but is not limited to animation, music, and dancing.[1] They were released later in the year.

Professionally-printed card packs can be bought on the Scratch Foundation store.