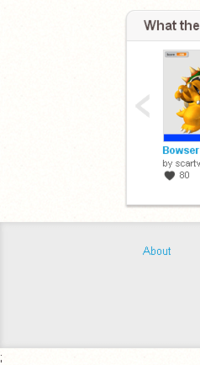 The Semicolon Glitch was a glitch that meant a semicolon was displayed at the bottom left of each page. It is no longer there, except on April Fools' Day. It was only graphical.