To be able to post images on the Scratch Forums, one must upload the desired image to a third-party image host that is white-listed by the Scratch Team. If one was to try and link to an image that was not white-list, they would get an error. This is to prevent spam images, the risk of viruses from unauthorized sites, and simply to avoid inappropriate content.

The current white-listed hosts are as follows: 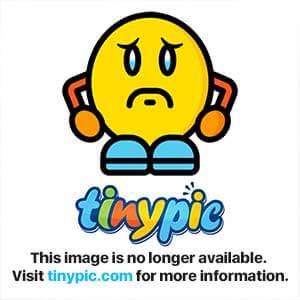 The image that all Tinypic-hosted images now redirect to.

These are hosts which were formerly on the whitelist:

TinyPic was subject to debate[11] by some Scratchers over the fact that it uses bad advertising techniques to generate revenue. For example, one user experienced warnings of hidden malware[12] when a malicious ad was shown on TinyPic. The site also showed adverts[13] that lead to downloading potentially unwanted programs. Another user also had to type a code that was locked behind inappropriate advertisements[14]. The Scratch Team also took part in the debate and decided it would be the best option to de-emphasize the use of TinyPic. The Scratch Team member, Paddle2See, said that they would be modifying all documents that mention TinyPic as a white-listed image host to warn Scratchers of the bad advertising practices.[15]

Imageshack also came to a debate[16] because of its subscription practices. The Scratch Team has yet to state their presence on the matter.

It has been also reported that the images can "expire" over time and be replaced with an advertisement.[17]

Cubeupload has gained controversy for having frequent downtimes,[18][19][20] and for having a link to an unmoderated chat website in its footer.[21]

Wikimedia servers had a bug that allows dynamic images from another external website to be put into forum posts. Some Scratchers used it for creating dynamic images about post counts. However, it got fixed as of July 2020.[22]

The whitelisting of Wikipedia is a subject of debate between Scratchers, and requested to be removed from the list due to the possibility of vandalism and posting inappropriate content that exists in Wikimedia Commons and Wikipedia.[23]

Each image host has its own way of earning profit. Of course, money is necessary to run the sites. Many sites simply have ads, like with Tinypic and Photobucket, whereas some image hosts take a different approach of having paid accounts such as Imageshack. Some of the ads on Tinypic and Photobucket have been known to exploit malicious code on individuals' devices or use pop-ups since Tinypic and Photobucket do not regulate their third-party provided adverts.[24] There is also the possibility of an image host sustaining itself purely off of donations, which is the approach that cubeupload takes to maintain its site. However, in September 2019, their site was temporarily shut down as they did not have enough donations.[25]

Retrieved from "https://en.scratch-wiki.info/w/index.php?title=Image_Hosting&oldid=316153"
Cookies help us deliver our services. By using our services, you agree to our use of cookies.
Category:
Hidden category:
The Wiki is working on a dark theme, and you're seeing it! Got feedback? Post on the Wiki Forum Topic.