Difference between revisions of "How to Connect to the Physical World"

Scratch projects can be connected to the physical world using several different kinds of devices. Some are:

Each of these work with Scratch 1.4. MaKey MaKey and several other devices can connect to Scratch 3.0 by extensions. 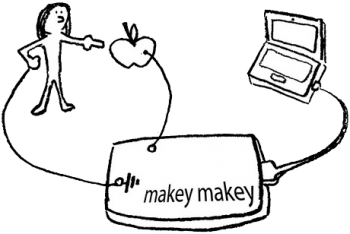 Makey Makey allows people to turn everyday objects into keys and use them with their computer.

The default keys are the arrow keys, the space bar, and left click. They can be remapped using the website. Example use of Makey Makey:

An alternative to using the steps above is by using the Makey Makey Extension.

For information on how to set-up a Makey Makey, visit Makey Makey Set-Up.

For information on different materials to use with Makey Makey, visit Makey Makey Materials. 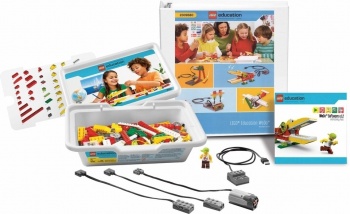 The LEGO WeDo kit can be used to make motors and sensors interact with Scratch projects. It has a distance sensor, a tilt sensor, and a motor.

Example uses of the WeDo parts:

To find out more about LEGO WeDo parts and how you can use them in Scratch, LEGO Education WeDo Robotics Kit. 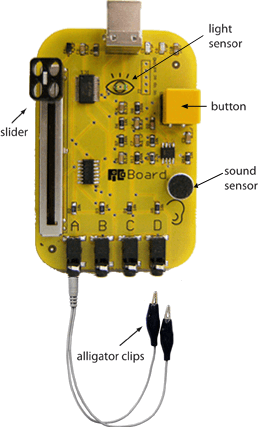 The PicoBoard provides a way for you to make Scratch projects sense and respond to events/objects in the world outside of the computer.

Examples of use with the PicoBoard:

For more ideas on what to make visit the PicoBoard website.

If you own a ScratchBoard, a product similar to a PicoBoard that was sold through the Scratch website, the support information you'll find at the PicoBoard's website is applicable to your product as well.

If you own a ScratchBoard or PicoBoard and want to know about sensors that you can connect to it, look at the Sensor Types and Sources below.

The following list shows different types of sensors that have been used in Scratch Sensor Board projects. (They are typically attached to alligator clip-heads plugged into sensor board jacks A, B, C, or D.) Visit the vendor site for pricing and ordering information. 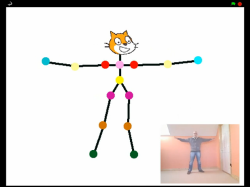 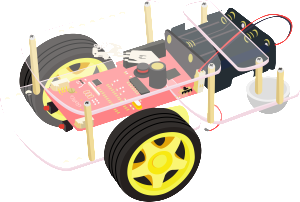 GoPiGo is a robot that is controlled by an onboard Raspberry Pi to create an autonomous vehicle. The Raspberry Pi is a low-cost Linux-based computer that is very popular in classrooms. Once assembled, the GoPiGo can be controlled with Scratch 1.4, found on board the 'Raspberry Pi.

The easiest way to control GoPiGo is through Wi-Fi and a portable computer running VNC viewer. That way, GoPiGo can be untethered. It's also possible to hook it up through an Ethernet cable, or even as a desktop setup with keyboard and monitor.

To see various projects that can be done with a GoPiGo, visit GoPiGo Projects. 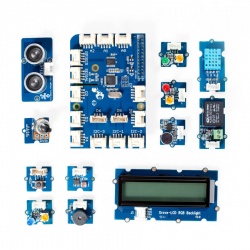 The Dexter Industries GrovePi is an Internet of Things (IoT) device built on the Raspberry Pi. The GrovePi can be programmed using the native Scratch installed on the Raspberry Pi (Scratch 1.4 or NuScratch). Programs that read plug-and-play sensors, and control everyday devices can be written.