A costume is one out of possibly many "frames" or alternate appearances of a sprite. Sprites can change their look to any of its costumes. They can be named, edited, created, and deleted, but every sprite must have at least one costume. One of the most common uses of costumes is to make an animation for a game or other project. 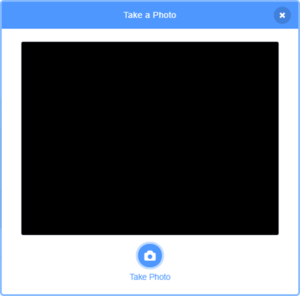 Taking a picture with a webcam.

There are four main ways of getting a costume or background for a sprite or stage.

There are two different costume types: Bitmap, which uses pixels to create an image. There are 10 tools you can use to edit a costume in bitmap:

And Vector, which uses two points to create a line. There are also 9 tools for the vector editor, but only reshape and select are different.

Clicking the "X" button towards the upper-right of each costume's icon in the Costume Pane will delete it, provided that it is not the only costume of the sprite. It is possible to restore the most recently deleted costume, as long as nothing else has since been deleted, by selecting "Restore Costume" from the Edit Menu.

There are four blocks that relate to costumes, which are as follows:

The first three blocks can be located in the Looks block section, while the fourth can be found in the Sensing block area.

This block can be read from the Stage and all sprites.

Example of the next costume/switch to costume()

To see the costumes of a sprite, click on the Costumes Tab. This will display a list of the costumes in the sprite, as well as open the paint editor.

Retrieved from "https://en.scratch-wiki.info/w/index.php?title=Costume&oldid=279548"
Cookies help us deliver our services. By using our services, you agree to our use of cookies.
Categories: